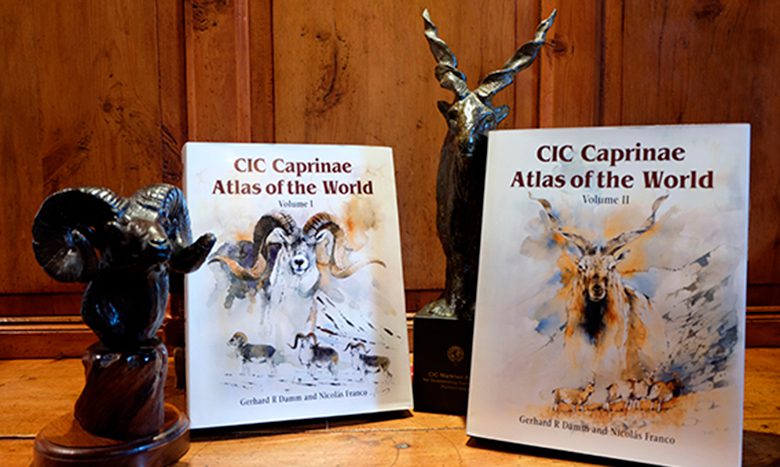 After many years of work the CIC Caprinae Atlas of the World is finally finished and was officially launched at the 61st General Assembly of the CIC on 25 April in Milano, Italy.

The authors describe 96 Caprinae phenotypes in this two volume magnum opus with over 1,100 pages, more than 1,000 color photographs from the wild and from prestigious museum collections contributed by more than 200 photographers from around the world, 130 detailed colored distribution maps expertly drawn by master cartographer Mike Shand from the University of Glasgow and two magnificent watercolor paintings of a Pamir argali and a Kashmir markhor by Bodo Meier.

Experts of the IUCN Caprinae Specialist Group, amongst them Sandro Lovari, professor at the University of Siena/Italy, Raul Valdez, known for his research and books on Caprinae since the 1980s and professor at the State University of New Mexico, and Marco Festa-Bianchet, professor at the University of Sherbrooke, Canada (and Chairman der Caprinae Specialist Group), have reviewed the CIC Caprinae Atlas and said “…includes many gaps in our knowledge of Caprinae” (Lovari); “…this is the definitive book on Caprinae and offundamental importance for scientists, conservationists, wildlife managers and hunters; especially for the professionals who deal with sustainable conservation planning in montane Holarctic ecosystems…” (Valdez); “…with its wealth of information the Atlas will find the broad interest of hunters, scientists and wildlife managers” (Festa-Bianchet).

Rolf Baldus said that John Jackson III (Conservation Force Chairman) brought it to the point when he said: ”…finally a book about Caprinae which every mountain hunters should have in the library … the ultimate reference book for mountain game!” and Baldus concluded saying “It does not happen often that one immediately recognizes that this CIC Caprinae Atlas will remain for years, perhaps decades, the authoritative work in this specific field.”

If you’d like to order the CIC Caprinae Atlas of the World, please download the form here. 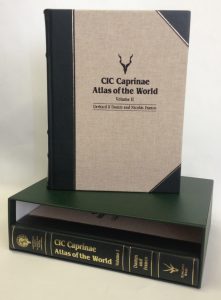 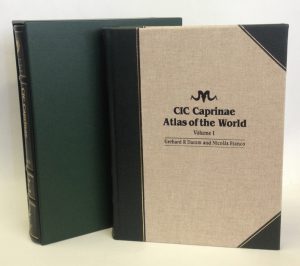